The Justices of the Peace are elected during the General Election in November in even-numbered years and serve for a two-year term that starts February 1 and ends January 31.

The Selectboard appoints the following Town Officers to one-year terms after Town Meeting:

The Selectboard also appoints members to the following Town Committees and Commissions:

The Town of Eden is deeply indebted to all the individuals who serve the Town in any of the positions listed above. 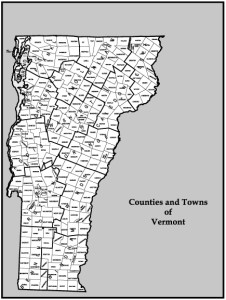 The State of Vermont consists of nine cities, 251 towns, and several unincorporated gores in 14 counties.  As in the other New England states, towns are the basic unit of municipal government.  The Vermont State Statutes and Constitution set the guidelines for the governance by the municipalities. Towns govern themselves by Town Meeting.

Historically, the adult voting population would gather at Town Meeting to approve bylaws and budgets.  As towns grew, these responsibilities were shifted to selected, elected individuals.

For more information on the duties of various local officials, Boards, Commissions, or Committees, check out “Who’s Who in Local Government” on the Vermont Secretary of State’s website.